skip to main | skip to sidebar

Falling
or
Holy Crap Batman, where the f did you come from?!
for my starlet bestie's birthday
you know who you are you beautiful extraordinary inspiring lady...
I’m smitten like a kitten in mittens
I’m in love like a dove high above
I’m dolled up like a pup in a cup
I’m a sparrow hit by bow and arrow
I’m a dork who says hi with a spork
I’m a nerd who forgets the key word
I’m the last softball pick who accepts with a kick
I’m the cater waiter thinking of later.
I’m lost amid mundane conversation
I’m distracted by idyllic imagination
I’m inspired, I’m tired, but still morning wired
I’m besotted by keen admiration.
I’m out like a drag queen at pride
I’m a pirate swinging through at high tide
I’m the intrepid wonder singing along with the thunder
I’m an actress’ heart about to nail the change-your-life part.
I’m hungry but satiated, immune to petty albeit normal conflict
I’m un-bother-ably chill, but still abnormally quick
I’m  ready to dance, run or swim to get close to you
I’m ready it seems for a love that is true 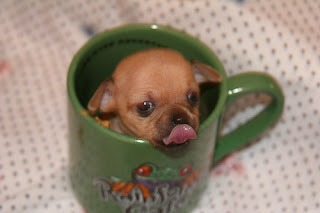 I am a child stuck in the middle of the technological revolution. Straddling the societal/cultural storm that change incurs.
Cue music. It’s quite a ride.
Oh please oh please don’t forget how to write
For the love of all, embrace your inner erudite
Recall right in this moment when just one word
Flipped an average thought to one that’s absurd
Remember when a single perfectly prosed sentence
kindled love, grief, hate, or in some, repentance
Recall a time when the intelligent pen
Had the utmost respect of women and men
When nothing else could covey the perfect illusion
Of a culture’s zeitgeist, of an era’s delusion
Of the look of a god, of the guts of a thief
Of some impending woe told in whole but in brief
Of a story ever known but rewritten anew
Of ubiquitous truth, of outrageous sinew
But why this call to arms, or rather call to the pen?
Why this beacon to commemorate a literary when?
Well, right now, I’m rather critical of new modes of connection…
I think they’re somehow evading open honest real reflection.
I think the avalanche of a mass techno/media obsession
Is skewing our potential of unreserved unconditional confession
We’ve seen it all before cause it’s catalogued (sans Dewey decimal) somewhere
And it’s paralyzing people from observing real detail
They compare their own experience regardless of desire to or not
And I just sense a loss, that there’s something missing in this plot
That our future will be a mirage on the internet, a web of math and steel
Leaving us evolving but having missed some essential maturation meal
So now am I just ranting? have I made the point already…?
That our breadth of knowledge doesn’t make us smarter…
it makes us petty.
That while humanity may be evolving, it’s also getting tough and jaded
We forget how to fall in love cause we’ve seen it live!…and faded.
We think we’re batshit crazy from emotion, from intuitive insinuation
But WE DON’T KNOW the outcomes.  That’s the job of REAL creation.
Oh
Sometimes I’ve got to take a step back and forget the whizzing breeze
Cause the electronic strangle hold makes me start to wheeze
I cannot will not text to you the meanings in my head
I cannot will not show to you my whole self via profile spread.
Instead I choose to write to all, I appeal with this odd old system
To express the spectrum of my life, and hope for communal wisdom. 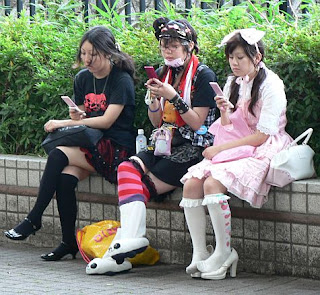 how long have you spent debating something via text message?
honestly, how long?
Cathy says AAACK! 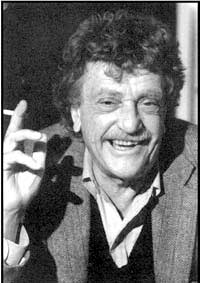 i love vonnegut.
one of my all time favorite writers that i've been privy to.
if i ever have a boy child. i'm naming him kurt.  or Vonney. Von?
something tells me he'd get this intellectual squirming


The dazzling styles of imperfection,
That’s my choice, my literary selection.
I don’t really care for structural idealism,
Cause I survive on intellectual atheism.
Not that I don’t like what’s near supreme,
But I think it says more to be crème de la creamJ
It’s not that I hate on whatever the hoards approve of,
but rather I think the hoard itself is a myth.
It’s not that I hate or don’t drink the kool-aid,
but it’s rather I appreciate glitter with pithJ
oh how i love them...

Marina and the Diamonds/ Lady Gaga

Prideful Susan hated losin’
So she never played the game
She sat at home eating provolone
Each day played out the same.
Until one day when the rain pitter patter
Summoned her curiosity with its clatter
She wanted to run out and didn’t’ worry
About getting soaked so she ran in a hurray
She jumped into puddles
She danced in the mud
She slip sloppy slided into some unknown crud
She started to sing to the rain with bravado
She sang deep and slow, she sang high with staccato
She sang out without fear
Applauded by the vast falling crowd
Of little rain droplets
All of whom were wowed.
They oohed and they ahhed
Slish sloshing in her ears
She really loved this rain singing
She loved the wet watery cheers
That’s when Molly, her neighbor
Came out to join in
And prideful Susan saw
She had a joyful let’s-sing-together grin
Susan was frozen there in the rain with fear
She didn’t know what to do!
What if Molly was the best singer in the world!
What if she’s better than you!
But before Susan could run away
Before she could make her mad dash
Molly grabbed her hand and started to sing
And their voices did the opposite of clash!
The two it seems could harmonize
And suddenly they’d made up a special song
The rain was truly overjoyed
At how the two girls got along!
And Susan could barely remember
The last time that she’d gone out
She was so much more accustomed
To her sitting on the sidelines safe-from-losin pout.
But her smile was taking over
Cause it was far more FUN to play
Than to stay dry inside eating cheese
Thinking you know the better way.
That day Susan met her very best friend
She learned she loved to sing
She learned that sometimes you gotta play in the rain
To know what life can bring! 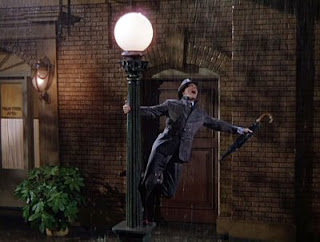 Gene Kelly in Singin' in the Rain
i love love love the rain.
Posted by Lisa at 9:06 AM No comments: 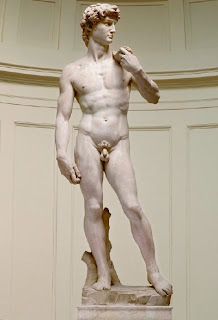 Michelangelo's David @ the Ufizzi in Florence.
Can you imagine?...that was once just a giant rock...
"Michelangelo's intention was that the finished David would serve as more than just a fierce protector of the city. While the figure is menacing, there is no indication that he is fueled by aggression. There exists no tension in his considerable arms or legs. Indeed, the political symbolism of the work conveys a warning to fellow Florentines that "Whoever governed Florence should govern justly and defend it bravely...eyes watchful...." The David embodies the Renaissance sensibility of force tempered by intellect."
FORCE TEMPERED BY INTELLECT!!!! AHHHHH ok onward...
So look to the tycoons and the moguls
look up to the stars, the great paragons
look up to minds and hearts of our era
look up to them before POOF they're gone
But in your awesome veneration,
remember right now to recall
that they too once came from nothing
that they too once were just small.
that they too once ate baby food
that they cried at their first failure,
that they questioned all their motives
assessed their lives like neurotic tailors.
remember we're all just atoms
racing around in distress
and in a way we're inescapably the same
no matter the height of success.

home of the neurotic tailor:)
Posted by Lisa at 5:21 PM No comments:

If you have an epiphany every day,
Do you write it down? Yay or Nay?
Because it’s sense within your mind
May in fact change from time to time.

ok so...the talmud is a book of ORAL law...hmmm.
my theoretical picture book might show a kid with a broken leg looking at their superman costume.
Posted by Lisa at 12:03 PM No comments:

I know that I want far more than what I get,
Maybe I need to want it more than I have yet. 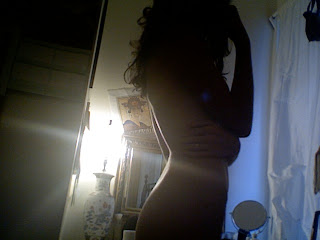 too much? only for proverbs...
clearly in my theoretical picture book it will be a picture of a little gal climbing a hill or something resembling the little engine that could...but for now...we get to see something just a little more real...a little more risque...i think you can handle it.
Posted by Lisa at 11:23 AM No comments: